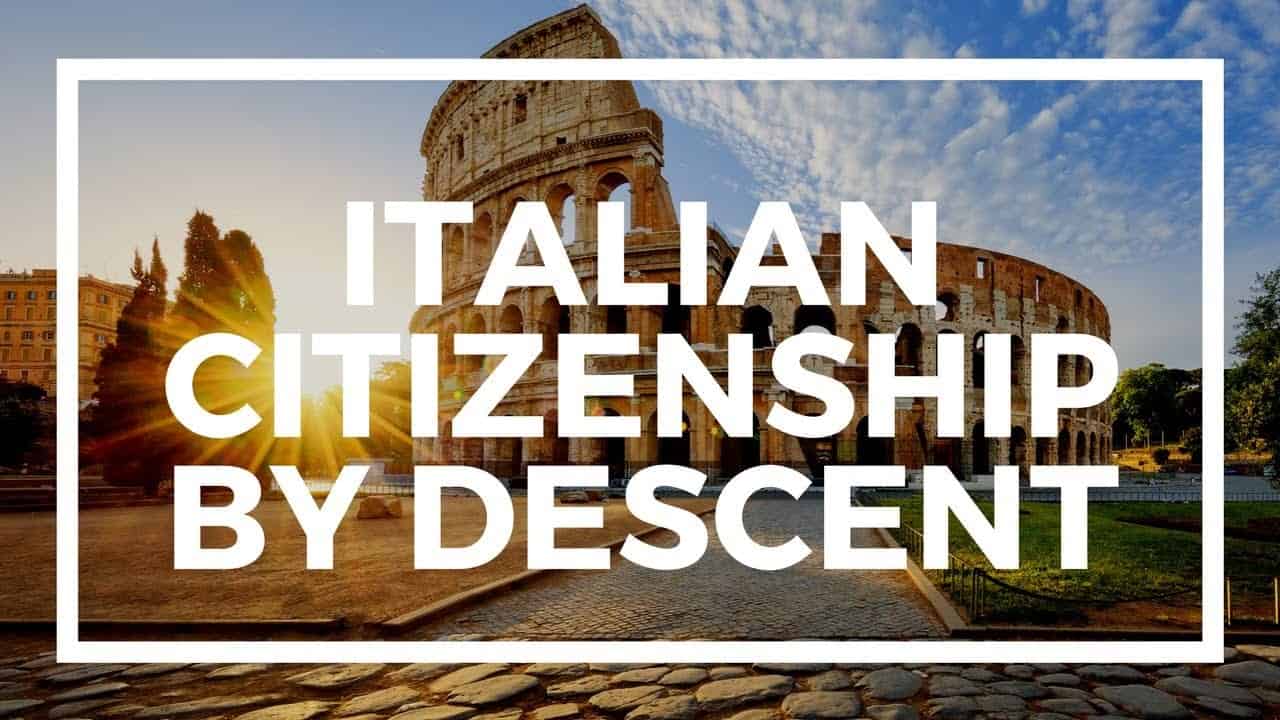 Italian Citizenship Jure Sanguinis: 2 Special Cases You Have to Know

Pay attention if Your Ancestor had this characters: You can be Eligible too.

There are some special cases that nobody tells you, so pay big attention. You can discover to be eligible for Italian Citizenship Jure Sanguinis.

Italian nationality law is the law of Italy governing the acquisition, transmission and loss of Italian citizenship.

Like many continental European countries it is largely based on ius sanguinis.

It also incorporates many elements that are seen as favourable to the Italian diaspora.

Presidential decrees and ministerial directives, including several issued by the Ministry of the Interior, instruct the civil service how to apply Italy’s citizenship-related laws.

Italy is one of the countries where a person can easily be recognized as Italian by having at least one Italian ancestor.

Need Help on Your Italian Citizenship?

But the Law 91/1992 is not the only one Italian Citizenship Law.

Nobody talks about this, and this is dangerous for You: if you cannot recognize Your eligibility, You are loosing the chance to become Italian Citizen.

These more recent laws statues that:

1) Law no. 379 of 14 December 2000 “Provisions for the recognition of Italian citizenship for the persons born and resident in the territories belonging to the Austro-Hungarian Empire and their descendants“.

Law 379/2000 contained provisions to recognize Italian citizenship for those persons who were born and residing in Italy’s annexed territories from the Austro-Hungarian Empire prior to 15 July 1920.

The recognition was available also to their descendants.

2) Law no. 124 of March 2006 “Changes to law number 91 of 5 February 1992 concerning the recognition of Italian citizenship for nationals of Istria, Fiume, and Dalmatia and their descendants“.

Law 124/2006 allows individuals who were Italian citizens residing in territories ceded from Italy to Yugoslavia at the time of their cession to reclaim Italian citizen status.

It gives the ability to claim Italian citizen status to those people with knowledge of Italian language and culture who are lineal descendants of the eligible persons who were residing in those regions.

You can be interested also on: Speed Up Italian Citizenship Processing Time!

So, Pay attention on your Italian Citizenship Jure Sanguinis Researches. In this cases, You would be eligible.

We assist EU and non EU citizens with immigration and visa matters, as well as  residence registrations.

We offer a comprehensive service tailored to the needs of each case.